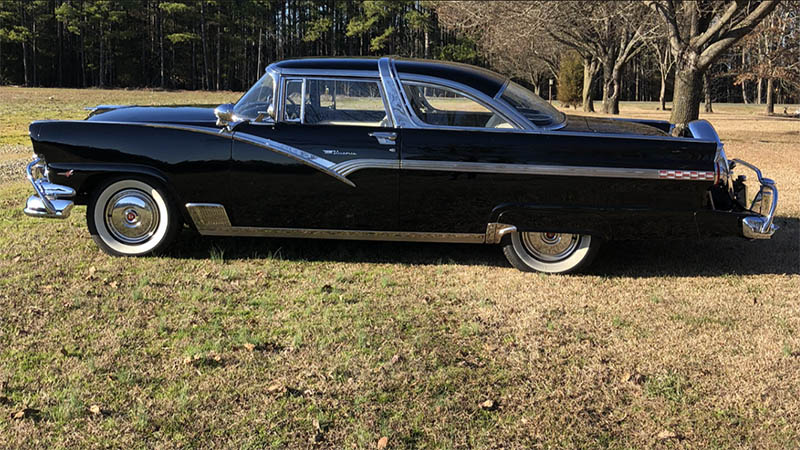 Kenny knew of Bill’s car and that it was NOT for sale but he got Bill’s phone number for me anyway. I called Bill and he invited me to come and see the car. I told him about the car I had and he said he had also owned his car for over 30 years. That first visit lasted over two hours and was not the last. We became friends, I visited Bill several times along with my two brothers, Rex and Robert.

We would go out for lunch and he would always have a side trip planned of places of interest around where he lived near Asheboro, North Carolina. In 2018 Bill was bitten by a tick and never fully recovered from the side effects. Bill told me if his health didn’t improve and the Crown was sold he wanted to sell it to me because having owned one he knew I would drive it, show it and take care of it, the same as he had. He sold the car to me in the Fall of 2018. My brothers and I continued to visit Bill for day trips into 2019. Then I got a call from Kenny telling me that Bill had died. News I did not want to hear.

Bill showed this car extensively and had seventy or more trophies, mostly from AACA sanctioned shows. Many of them were First Place Awards. The car has several AACA Badges, one being an “AACA Seniors National First Prize Winner”. Bill also attended two CVA conventions. One was in 1993 in Charlotte, North Carolina where he got a First Place in the ‘56 Steeltop Display Class. He also got a Third Place at the 2002 Convention in Roanoke, Virginia. I competed in an AACA Event after I purchased the car and got a First Place Award. When I called Bill and told him about it, his comment was “... that car is used to First Place”. I treasure this car and will always treasure the memories of the good times shared with Bill Wright.