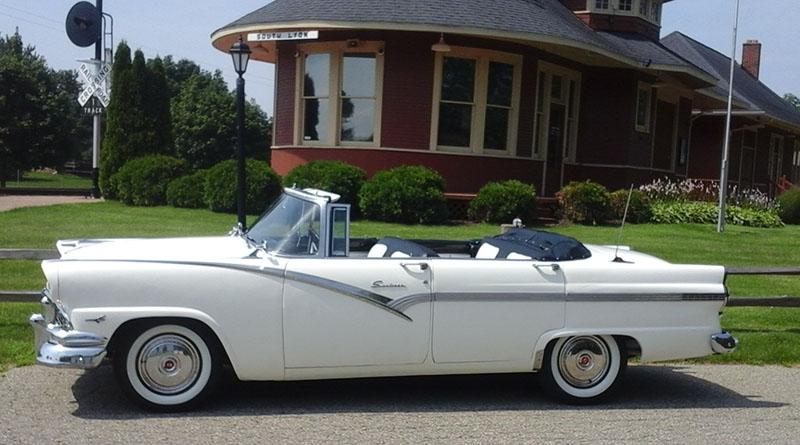 Over the years I have restored many 1955 and 1956 Fords. Most of them have been convertibles. All the cars that I have worked on were rust buckets. Never have I had a chance to work on a rust-free car.

I purchased a 1956 Ford convertible at the Carlisle swap meet. Other club members that were with me could not believe that I would buy a junk car as it was.

One of the 1955 Ford convertibles that I restored was a body-off restoration.

I produced a video of it while I was working on it and have sold many of the tapes on the internet and to other club members. The video was seven hours in length. The restoration took me two years to complete as I do all my own work when restoring a car.

At the age of 74 I was slowing down and only worked in the garage a few hours a day. At that time, I told myself that I would not restore any more cars.

Then it happened. In June 2015 I was told about a 1956 Ford four-door hardtop. It was right here in my hometown of South Lyon, Michigan. I went to look at it, telling myself it won’t hurt to look.

Well, it does hurt to look. I purchased the car for $2,000 because it had power steering and a 312 engine. That alone was worth the price.

I got the car home and yes it was a Michigan rust-bucket. The car needed floors, fenders and rear quarters. Looking at the roof it had dents and rust holes. Since I do love a convertible, I decided to cut the roof off and make it a four-door convertible.

When I did the rockers, I used a heavy gauge metal for the inner rockers.

After working on the car for four years, THE CAR IS DONE! Although, I did not work on it in the winter because my wife and I spend that time in Florida.

The car looks like a convertible with the boot on the back and the pins above the windshield. All the doors open and close very well. Many people think that it was manufactured by Ford Motor Co.

Now I can say, “I am done restoring cars.”