The Crown was originally sold by Jones Motor Co. of Clovis, New Mexico. Tom says: “Lois and I have met a lot of nice people in CVA, and we have made many close friendships. Joining CVA was one of the best moves we have made.” 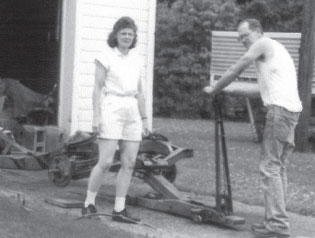 Here are Lois and Tom in 1993, with the Crown body off the frame. Lois helped Tom drop the body on the redone frame and helped with the block sanding. All of the work was done by them in their own one-car garage. 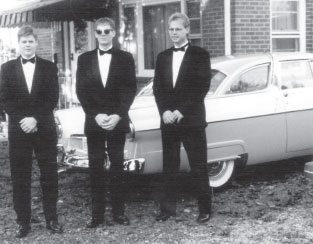 The Witkowski sons, (left to right) Robert, Steven, and Michael. Steven was married in 1996 and the Crown carried him and his beautiful bride Jean. Now Tom and Lois have two granddaughters, Kathryn and Nina ages 10 and 7. 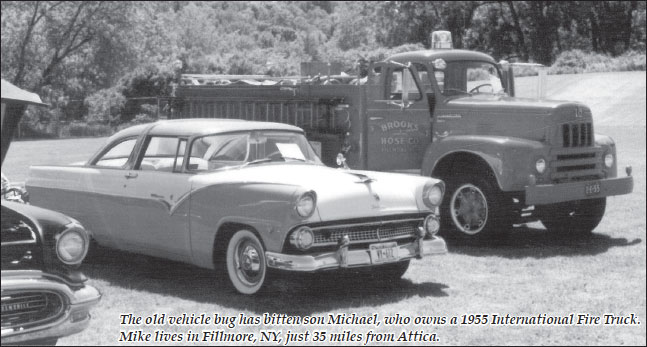