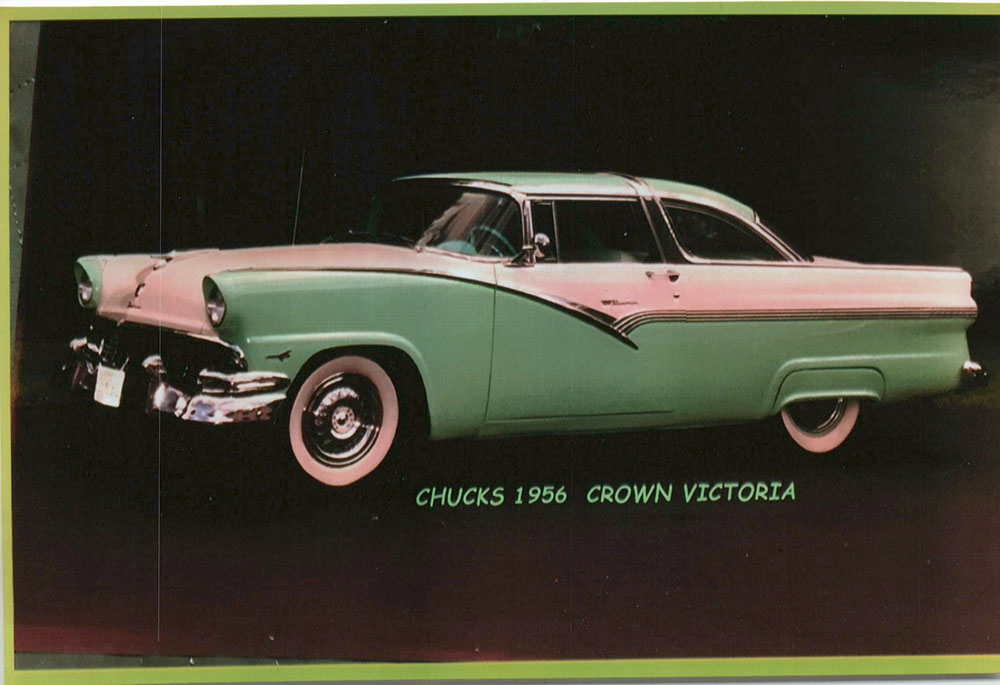 I’d like to tell the story about my husband Chuck Arnold. He loved old cars since he was a kid, of course I didn’t know him then so I’ll fast forward to 1962. That’s when I met him, I was 16, he was 19. My brother-in-law Mike knew Chuck first and asked me to go out with him because he had a car and he wanted to take my sister Jean out. At first I said no but he kept begging me to go out with him and he told my brother Jimmy to try and get me to go out with him. They said he was a nice guy but he was too shy to ask me out.

Well I finally broke down and said yes. He picked me up in a 1956 Primed black Mercury! (this was a nice car!) Anyway he took me to the RKO Keiths movie theater in D.C. We sat in the balcony (of course) and about half hour into the show he planted a kiss on me! You know the old saying “love at first sight” well that was “love at first kiss”. He came around everyday after that.

Move ahead to Christmas 1962, Chuck asked me to marry him and after a lot of begging my parents they finally gave the ok.

I was 17, Chuck was 20, and on February 15, 1963 we were wed. Moving forward to 1987 Chuck and I had four children and our youngest daughter had just graduated high school. He said let’s take a trip out West so we got in our 1984 Crown Victoria and headed West. We were gone several weeks and were going to stop in Nashville to see The Grand Ole Opry, as we pulled up to the hotel Chuck said look at all those Fords. Well I don’t have to tell you he got out of the car and he was like a kid in a candy store. We walked around that parking lot for hours. He went inside and joined the CVA, we stayed for the 50’s dance and had a great weekend. That was over 30 years ago. Chuck rebuilt a 1956 Crown Victoria after many years and lots of money, a few years later he built a 1955 Ford Club Sedan. He loved his old cars.

We went to many local car shows and a few CVA Conventions. We had picnics in the yard and all his friends would drive their old cars. We would go to the local 50’s restaurant called Bert’s.

Fast forward to 2018 on September 14, 2018 Chuck suffered a severe stroke, after 30 days in rehab he came home and I took care of him. After a year or so it was getting difficult to care for Chuck by myself, so my children suggested we sell the house and move to Tennessee so they could help care for him. We put the house up for sale and as much as I didn’t want to we had to sell the Fords. I know he was upset but i told him someone in the CVA bought them and maybe we would see them in the Fomoco Times at a convention one day. June of 2020 we moved to Tennessee, Chuck liked the new house and he did well for a few months. We had family gatherings with all the children, grandchildren, and great grand children.

I’m sorry to say the love of my life passed away at home on October 7, 2020 just 10 days before his 78th birthday. He’ll always be in our hearts.

Submitted by: The Family